Ann brings a wealth of experience to her job as Executive Director, a position she has held since 2002. Prior to the club's reopening, she worked as a consultant to the Campus Club and other organizations.

She has worked in the hospitality industry since 1994, as an entrepreneur, restaurant owner and operator, and consultant. Until recently, she raised chickens in her backyard.

Ann is available at the club Monday-Thursday each week.

Rhonda is the Assistant Director at the Campus Club. She joined the staff in January of 2017 as the Accounting and Human Resources Manager. Rhonda handles everything from financial statement analysis to providing customer service to the club’s members.

Outside of work, Rhonda loves to travel and spend time with family and friends at their cabin in northern Minnesota.

Beth Jones came into cooking later in life than most in her field. After majoring in Russian, International Relations and History at Cornell College, she pursued a law degree at William Mitchell. Realizing that law was not her true calling, she followed her passion for cooking and began at the bottom as a prep cook at the No Wake Cafe on Harriet Island. Beth came to the Campus Club in September of 2006 after several years of cooking at Minneapolis' premier local foods restaurant, Lucia's Restaurant and Wine Bar. Prior to Lucia's Beth was a pastry chef at the Birchwood Cafe, as well as a food writer, publishing articles in various Twin Cities publications. In her time at the Campus Club, she has transformed the menu and cooking style by sourcing local, seasonal and organic foods, and using scratch cooking methods. Beth is the author of the Campus Club Centennial Cookbook, written in 2011.

Jorge serves as Sous Chef. He has passed the national exam for Certified Professional Food Manager. Jorge is from Ecuador, as are many of the club's kitchen staff. Hanger steak is his favorite item to prepare.

Katie has worked at the Campus Club since 2013 and took on the role of Events and Marketing Manager in March of 2020. She graduated from the University of Minnesota with a degree in Entrepreneurial Management and Marketing.

Outside of work, Katie enjoys spending time on the lake, rollerblading and reading.

Shauna has been the Graphics Communications Coordinator at the Campus Club since August of 2017. She handles everything from print design and some photography, to updating the Campus Club website and managing its social media accounts.

When she's not working at the Club, Shauna is busy designing and taking photos for her own business! Outside of work, Shauna spends her free time reading, gaming, and working on her fine art. 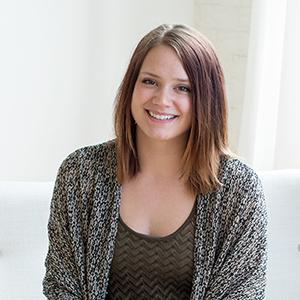 Nick comes to the Campus Club with many years in the service industry. Originally from New York, he has spent the majority of his life in St. Paul. When not busy with work or his secret passion of cooking, Nick enjoys getting away from the cities and going on trail in the BWCA. An alum of the University himself he is excited to return to campus, this time looking on from a different view.